In the Footsteps of Colm Cille

The prophecy foretells that seven years before the day of judgement the ocean will sweep over both Ireland and Islay .
Yet the isle of St Columba will swim above the waves.

“In The Footsteps of Colm Cille” is a stunning collection of paintings, poetry and newly-composed music inspired by Iona and the Book of Kells.
It is a fabulous collaboration by acclaimed Scottish artist Jolomo, renowned Irish poet Francy Devine & celebrated Scottish fiddler, Paul Anderson.
Included is a CD of Paul Anderson’s music specially composed works to accompany the book. 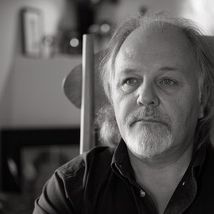 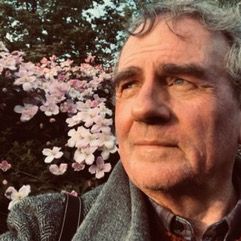 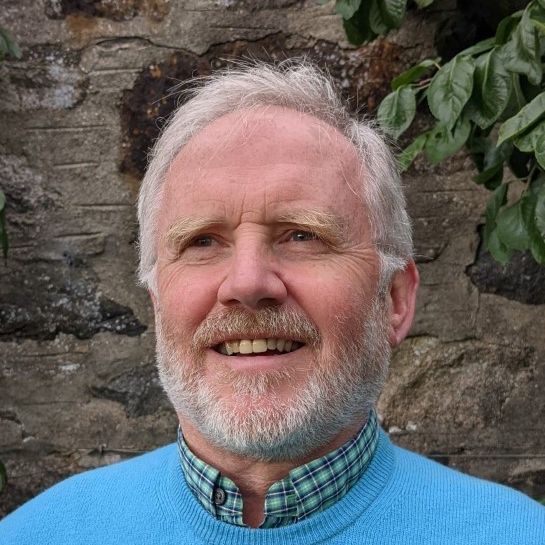 The ‘In the Footsteps of Colm Cille’ adventure began in the Parish of Braemar and Crathie with the serendipitous coming together of an unlikely coalition of artists.  Paul Anderson who has lived almost all his life in the shadow of the Cairngorms, was pretty much on his home turf, and it was his affinity with that particular part of God's creation, and his uncanny ability to capture the essence of almost any place, through his playing and in his composition, that encouraged the others to get on board.

In recognition of the fact that John Lowrie Morrison, (who is based in Argyll), and Francy Devine (who hails from the Howth peninsula near Dublin), were each fairly regular visitors to the area, the original plan was to spend a little while together on or around Lochnagar, a mountain that has already been immortalised by artists of different genres, but although that idea still appeals, and may yet be revisited, we soon found ourselves being drawn imperceptibly yet unequivocally towards the little island of Iona.

Thanks to the creative effort of this team, and the generous support of The St Margaret's Trust in Braemar, (including most recently the time spent by Colin Wight, filming on Iona), this beautifully produced book with its accompanying CD will surely be regarded by many as a worthy culmination to the ‘In the Footsteps of Colm Cille’ project – certainly each of the artists regard the work they created on Iona to be as good as any they have ever produced – but just as in any pilgrimage, we trust that this particular ‘culmination’ will prove to be more of a beginning rather than the end.

So, please enjoy the book and the music, and should you feel inspired to go a little further ‘In the Footsteps of Colm Cille’, the island awaits!

So too does the opportunity to be a part of one of our follow-up events:

The exact details are still to be finalised, but we are proud to report that Paul has been invited to put on an ‘In the Footsteps of Colm Cille’ concert during the upcoming ‘Celtic Connections’ Festival in Glasgow, and plans are being formulated to take it on tour around various places, including Iona, Dublin and Edinburgh, in the spring of 2022.

We look forward to catching up.

© Copyright. In the Footsteps of Colm Cille 2021

This site uses third-party website tracking technologies to provide and continually improve our services, and to display advertisements according to users’ interests. I agree and may revoke or change my consent at any time with effect for the future.
More

This tool helps you to select and deactivate various tags / trackers / analytic tools used on this website.